I was speaking with the CEO of an SMB software company last week who has built a great business on very little capital by focusing on building a great product that has generated strong organic customer growth. He had spoken to many investors over the past two years and made the observation that some seemed almost dogmatically focused on taking a data driven in product design decisions. While this CEO had used data to inform his design decisions, he had mainly relied on his former industry experience in building the product. This prompted a good discussion about some of the problems that being too data driven can introduce – mainly that the customers who are the early adopters of your product may not be the same as the customers you aim to target longer term. Sometimes relying too heavily on this early data can lead a company to design for a local maxima – optimizing for the wrong customer set and limiting the ultimate potential of the company. Andrew Chen has a good post on this where he talks about the difference between being data driven and data informed. It’s a good read and does a nice job of summarizing this issue.

Yesterday BVP’s Head of Talent, Miia Laukkarinen, was asked by one of our portfolio company CEOs for some advice on what factors to consider when choosing a search firm. I liked her response and I thought I would share it. I’ve edited it slightly to remove some company-specific information.

Here are some basic things you should consider when hiring a search firm:

For back references, you can see if you know/have a connection to any of his former clients (from his search list) and contact them to get their opinion. If you’d like, I can also introduce you to one of our portfolio company CEOs where he did a similar search last year.

Needless to say, Miia has been a great addition to our team. She’s not only been a great resource to our portfolio company CEOs and exec teams and a strong liaison to the executive search community, but she’s also helped to ensure that super-star executives stay within the BVP family of companies. We realized a few years ago that some of the most talented entrepreneurs in our orbit had worked at numerous BVP-backed companies throughout their careers (serial BVPers). Miia helps us to systematize the process of identifying and maintaining these serial BVP entrepreneur relationships.

Several months ago the engineering and product development teams at our NY-based startup Dashlane adopted the scrum approach to agile software development. I was speaking with some of the Dashlane team the other week and they were excited because they felt that it was having a big positive impact on the productivity of the engineering team. I asked our head of marketing how he could tell and he said that it had improved their ability to predict when key features would be delivered. He also said that the short daily meetings helped to improve communication, identify obstacles and make them visible to all team members, and help to identify resolutions. As I’ve been learning more about the scrum approach it makes a lot of sense to me. I started my career as a Java developer for a big bank in the late 1990s. Our development team followed a monolithic waterfall methodology for application development using tools like Gannt charts for project management and we were frequently behind schedule. As I learn about scrum and Agile the short sprints and daily check-in meetings seem like a much better approach to project management, especially for small startup development teams where requirements change frequently during development.

However it’s made me wonder whether the agile approach could be applied effectively to other areas of business like sales, marketing, or even customer service. It seems like the approach has benefits in many situations where groups work together on complex projects with frequent changes to requirements and expectations, whether they are software applications or big marketing campaigns or sales efforts. For example, could an agile approach to sales help to improve the ability to forecast or to win competitive deals? I also wonder whether our investment team should think about applying some of the agile principles to managing our pipeline of investments. At a recent end of year partner meetings we discussed what has been a record investment pace for our firm in 2014. This provoked some good internal discussion about portfolio allocation to early vs late stage investments, as well as where we are in the overall VC investment cycle. Our partnership intuitively knew that we were on pace to invest a lot of capital this year, and our COO does a great job of keeping us on track, but perhaps an agile approach to our investment pipeline would allow us to do an even better job of identifying these portfolio allocation trends much earlier?

I’m fascinated by Bitcoin’s potential. When I first started learning about it a few years ago I remember thinking it obvious that something like Bitcoin should exist as a fundamental building block on the web. The concept of having a secure global notary service for the web seemed like it should have the same importance as other popular application-layer protocols such as HTTP, DNS, SMTP, etc… I wrote a post on this almost two years ago when we started actively looking to invest in this market.

Two years later I have not yet made an investment in a bitcoin startup. One of the main reasons why we have not yet invested is the following paradox. If one believes that bitcoin will be successful, then in most cases the best investment decision is to invest directly in bitcoin. However the paradox is that bitcoin probably won’t be successful unless investors fund the companies that will help build out the bitcoin ecosystem – exchanges, wallets, vaults, multi-sig security services, mining pools, etc…

Most bitcoin companies have business models that are directly correlated to either the price of bitcoin appreciating, or to the volume of bit transactions increasing. Vaults and wallet companies are a good example – they typically project that over time they will generate revenue by charging their customers a fee that is a percentage of the bitcoin Assets Under Management (AUM); typically something on the order of 0.5%. Let’s think about what would be necessary for a company using the AUM model to achieve $100 million in revenue. The total market cap for bitcoin today stands at just under $4 billion. If we assume that a vault or wallet company can achieve 25% market share and will charge 0.5% per year, then today’s revenue potential based on a $4 billion market cap for bitcoin is $5 million per year ($4 billion x 25% x 0.5%). The total market, and hence the price of bitcoin, would have to grow by 20x, or to an $80 billion market cap, in order for this company to achieve $100 million in revenue. Let’s assume that the $100 million revenue business generates $30 million in EBITDA and is worth 20x EBITDA or $600 million. Now let’s compare investing in this fictional startup with investing directly in bitcoin. If I invest in bitcoin I can make a 20x return if I’m right and the price of bitcoin appreciates. In order to generate a comparable return through investing in the company I would have to invest at a post-money valuation of $30 million ($600 / 20) and would have exposure to all of the usual risks associated with building a company. At company valuations higher than that I might as well buy bitcoin directly, with the added benefit that I would have liquidity and could sell at pretty much any time.

Of course, when the bitcoin market cap was around $12 billion about a year ago the math looked very different. A year ago the revenue potential for achieving 25% market share with a 0.5% annual fee was $15 million. As an investor in this fictional company I would only have had to believe that the market would grow by 6.6x, which would not be too much of a stretch given the rapid rate at which the price of bitcoin had been increasing at the time. At that point the relative decision would have been to either invest directly in bitcoin with the potential for a 6.6x return ($12 billion market growing to $80 billion), or in the fictional company at a $90 million post-money valuation ($600m / 6.6).

The two compounding problems that many bitcoin companies face today is that not only are their business models correlated to the market cap of bitcoin, which has declined substantially, but they raised their last round of financing at a time when bitcoin was trading at much higher levels. Even worse, some of these companies had so much conviction regarding the price of bitcoin that they converted a substantial portion of the amount raised in USD into bitcoin – a triple whammy. Until the price recovers many of these businesses are stuck.

So what happens now? I’m not entirely sure. I would imagine that a small number of the bitcoin startups in the ecosystem have enough of a cash warchest to weather the downturn in bitcoin pricing. Long term these companies may actually benefit from this downturn as competitors begin to disappear. If the downturn persists, it’s possible that a new wave of bitcoin startups will emerge. Other startups have shifted their business models to sell software to help businesses develop block chain applications, although that market seems small today.

I’m trying to figure out the answer and welcome advice from members of the bitcoin community. However I can’t help but wonder whether the best investment decision right now is to simply buy bitcoin! 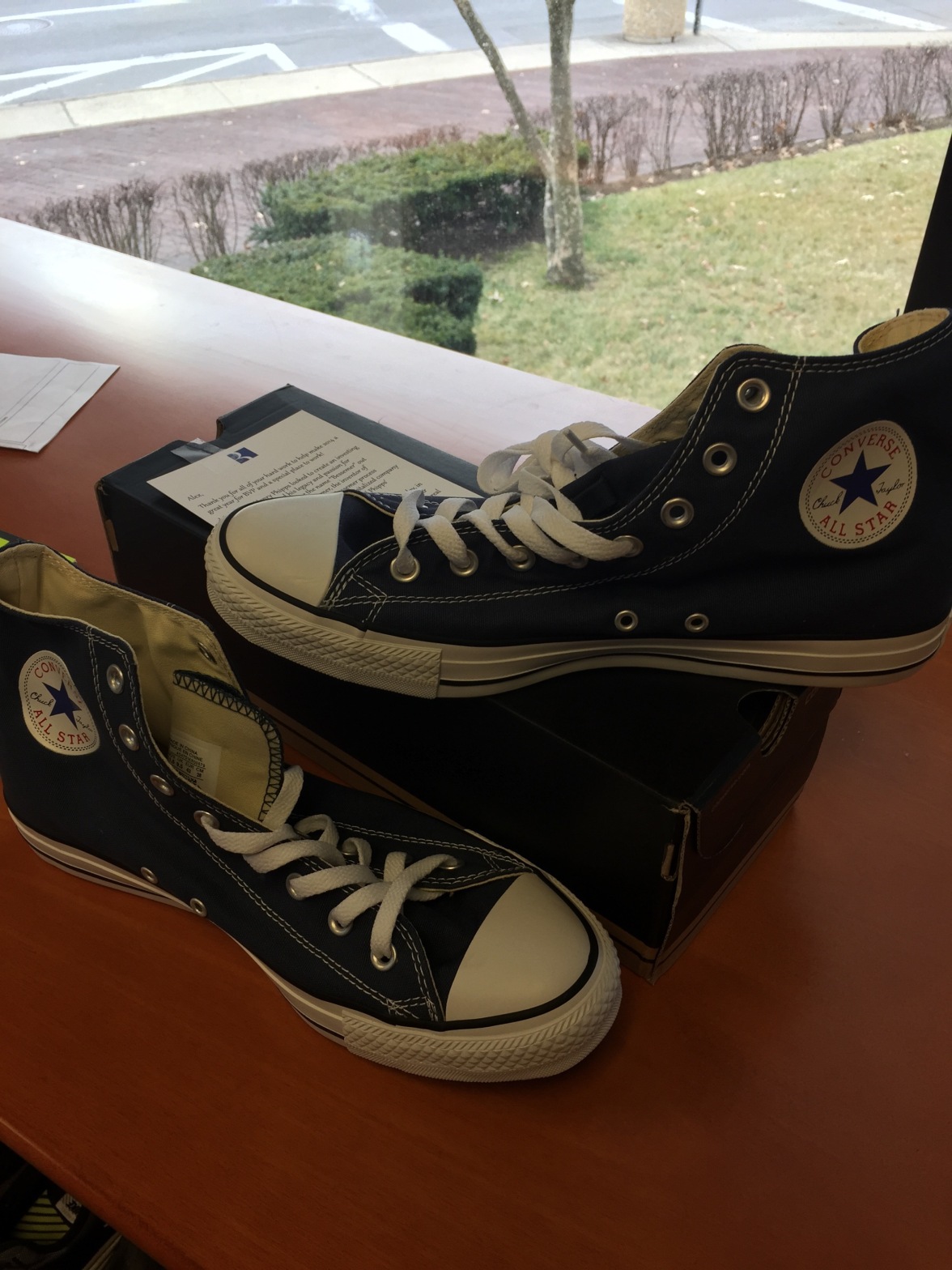 Thanks to Thea, Mark Tiffany and the BVP Funded team!

Last week a startup CEO for a consumer software company asked me when I thought he should start to monetize users. Should he keep the app free, grow to 100 million downloads (his goal), and then introduce paid premium features? Alternatively, should he instead start charging for some features today, at the risk of reducing the level of free adoption. Our conversation caused me to realize that a number of our successful consumer companies have introduced what I’ll call the “thread” of monetization early on in the product. For example, Teamviewer made it clear from the beginning that their software was free for personal use by individuals but that companies were going to be expected to purchase a commercial license. In the early days of the company they focused exclusively on driving consumer adoption of their free product rather than the paid commercial version. In fact they didn’t enforce the paid license at all, relying instead on an honor system for payment for many years. But even though they didn’t pursue monetization, their users, employees, and investors all knew that in the long term the company was going to make money by selling commercial licenses. I think that setting this expectation early on probably helped them to reach 100m downloads faster than they otherwise would have. Users take comfort in knowing that a company has a viable business model, and especially in knowing that the business model is not about selling their usage data or monetizing in other sneaky ways. Introducing the thread of monetization early on seems like it has the potential to build greater trust with users and reduce friction of adoption.